Property prices are on the slide in Sydney, and across much of the rest of Australia, but some Sydney postcodes are more vulnerable to price falls than others. 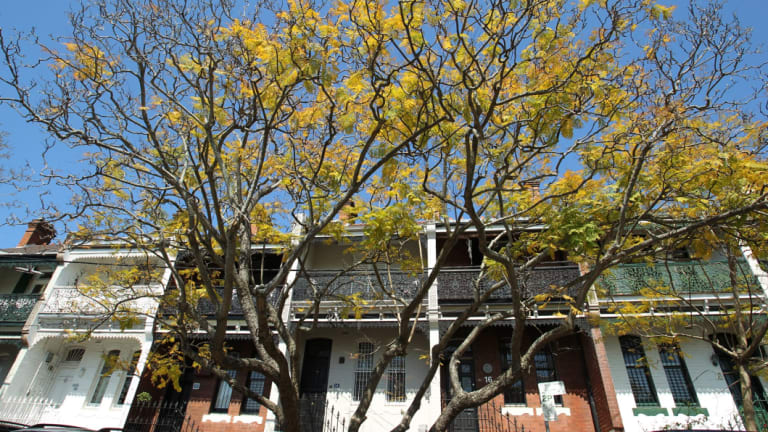 Some Sydney postcodes are more vulnerable to price falls than others. Photo: Louise Kennerley

Houses in Church Point, Elvina Bay, Lovett Bay and Scotland Island (2105) are also among the more vulnerable, according to an analysis by comparison site Finder.

On the positive side, apartments in Allambie Heights, Beacon Hill, Brookvale, North Manly, Oxford Falls, Warringah Mall (2100) are the most resilient to further falls with prices falling by less than 3 per cent over the year to June 30.

The apartments are selling quickly and vendors are not discounting their asking prices by much.

The most resilient houses in Sydney are those in Curl Curl, Harbord, Queenscliff (2096), where prices have fallen by less than 4 per cent.

The analysis ranks all of the postcodes of the capital cities according to how susceptible they are to more price drops.

“Property crashes can be long and drawn-out and downturns may last several years before levelling out," says Bessie Hassan, a spokeswoman for Finder.

In September, Finder’s panel of 30 economists and experts had an average prediction that the property downturn could last 20 months and up to 24 months in Sydney and Melbourne.

“This property downturn is being experienced far and wide and doesn’t appear to be slowing down - many regions across the nation have been affected," Hassan says.

The analysis takes into account price rises and falls over the past 12 months to June 30, the average time taken to sell a property, as well as the vendor discounts on properties. The data is sourced from property researcher CoreLogic.

Finder has included figures from the Bureau of Statistics on the proportion of properties in each postcode with a mortgage to produce its Boom and Doom Property index.

The higher the proportion of properties owned outright, the less vulnerable the postcode is to more falls.

Each postcode is given a score out of 100. A score of more than 80 is deemed "safe" from further significant price drops and those with scores of less than 40 are "very vulnerable" to significant falls.

Dominic Grinter, 35, has lived in his first property, an apartment, which he bought with his wife six years ago in Sydney's Gladesville. 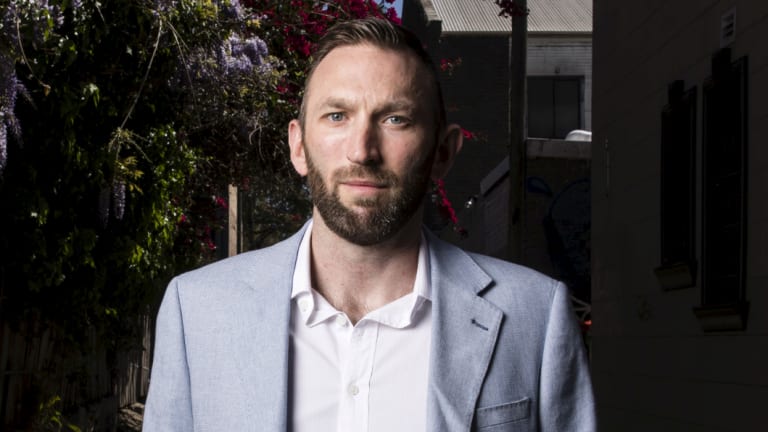 Dominic Grinter and his wife bought an apartment in Gladesville six years ago. He is not worried by the prospect of further property price falls Photo: Fairfax Media

The accounts manager is not worried about price falls as he has built equity in his apartment, thanks to the strong price rises, until recently.

He thinks the Sydney market peaked two years ago and prices have dropped back, but he does not think it will be too bad.

"It's more more affordable now, but I think Sydney properties will continue to be over-priced," he says.

According to the Boom and Doom Property index, Gladesville scores a 66.5 - making it “somewhat safe” from further substantial falls.

Grinter and his wife intend to upgrade, but not for a few years. "Gladesville has good proximity to the city and it was a relatively unknown suburb with high [capital] growth potential when I bought-in", he says.

"Whereas Balmain, Rozelle and Drummoyne were very expensive, Gladesville, which is just across the [Gladesville] bridge, has lower prices for the same thing," he says.

A year ago the couple fixed their mortgage interest rate for three years, so Grinter is not worried about the prospect of higher mortgage rates. He believes the fundamentals of the Sydney property market remain strong.

The most vulnerable postcode, of any of our capital cities, is in Perth postcode 6069.

The postcode takes in Ellenbrook, Aveley, Belhus and the Upper Swan and vendors of all properties (houses, units) are discounting properties by about 9 per cent.

“While price discounting is scary enough, homes in the Ellenbrook, Aveley, Belhus and Upper Swan regions are spending an average of almost four months on market prior to being sold, more than twice the national average of one and a half months,” Hassan says.

“However, above all, the most precarious issue may just be the proportion of homes that have a mortgage attached - almost two in three of homes in the 6069 Perth postcode are repaying a home loan, making it more susceptible to a downturn", Hassan says.

The top three boom postcodes, from all of the capital cities, are in Hobart. Postcodes 7000, 7004 and 7053 are selling homes in under 10 days on average, with price rises in the past year from  between 16 per cent to almost 30 per cent.

Suburbs in the central Hobart postcode of 7000 (Glebe, Mount Stuart, North Hobart, Hobart and Queens Domain) are deemed the safest on the index, having jumped 17 per cent in property value in the year to June 30.

Battery Point and South Hobart (7004) are also in equal first place, while Bonnet Hill and Taroona are second (7053).

Mortgage a “burden” for most

Most of those with a mortgage say they feel it is a burden and limits their lifestyle.

A survey by YouGov Galaxy of more than 1000 people, commissioned by customer-owned BankGateway in August this year, found almost six of out of ten consider their home loan a burden.

Paul Thomas, the chief executive of Gateway Bank, says in order to get a foot on the property ladder, some people have become over-indebted.

The ratio of household debt to annualised household disposable income tracked by the Reserve Bank of Australia reached a record high of just over 190 in the March 2018 quarter.

“Add to this the steep decline in household savings, which is currently at 1 per cent, and you have yourself a recipe for mortgage stress,” Thomas says.

Looking at metropolitan hubs across the country, Adelaide residents topped the nation for mortgage stress, with 63 per cent of residents considering their home loans to be a burden.

Perhaps surprisingly, Sydneysiders recorded the lowest percentage of burdened homeowners with 54 per cent considering their home loans a burden.

Good news: Visa-free travel for 59 countries policy to be practiced by Hainan!